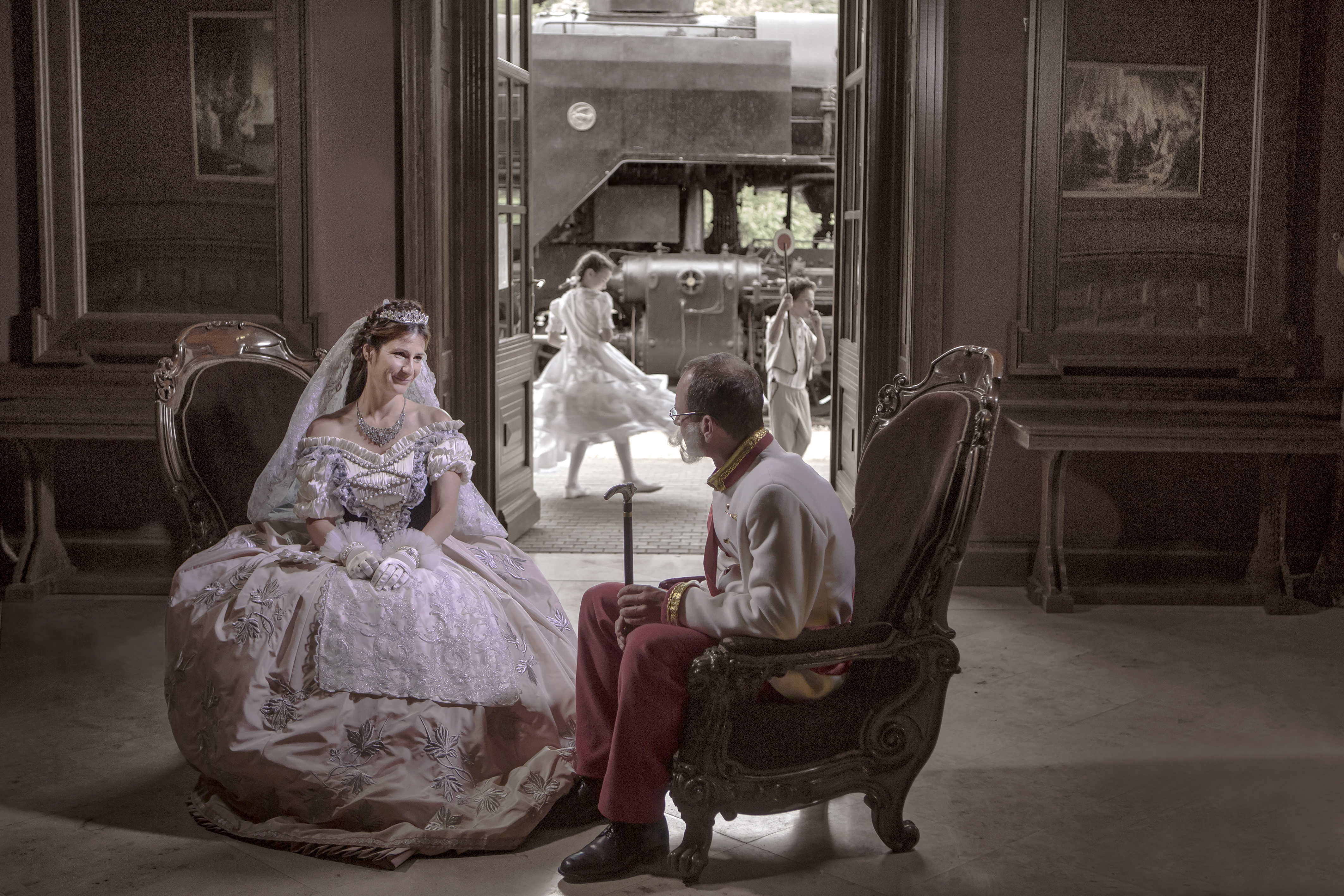 Gustav Eiffel was already impressed by Budapest – the Hungarian capital of the former Danube monarchy. Even more when his office won the competition for the concourse of glass of the Nyugati Pályaudvar in 1874. With over 6000 square meters and 25 meters height it used to be the fifth biggest train station of the world, and for many years Europe’s most modern one. Today the Austrian-Hungarian Train station cathedral is the only one that was barely modernized since her conception.

Filmmaker Jeremy JP Fekete rummages in the almost forgotten corners of the old-worthy station: just like the majestic waiting room. Stuck in a deep slumber since around 100 years and awaiting rediscovery. Once a year its dusty rest is disturbed when the brilliant empress Sissi train departs Nyugati Pályaudvar station on the old rails in direction Gödöllö – to the favorite castle of the empress. A station in Budapest that rivals Nyugati Pályaudvar in age and beauty is the Keleti Pályaudvar, built years after it. Stone on stone, permeated by Hungarian national pride – as a counterpart to the imperial Nyugati Pályaudvar. From its platforms the MAV symphony orchestra would drive for decades throughout the entire country after the second World War Art to spread art and culture to the Magyars after World War 2. Today the orchestra plays in great concert venues of Europe. Completely in the hands of children there is the pioneer railway. A narrow-gauge railway that transports tourists and view-hungry inhabitants of Budapest to the top of the Szechenyi mountain since 1948. Engendered by a socialist education program for railway workers.