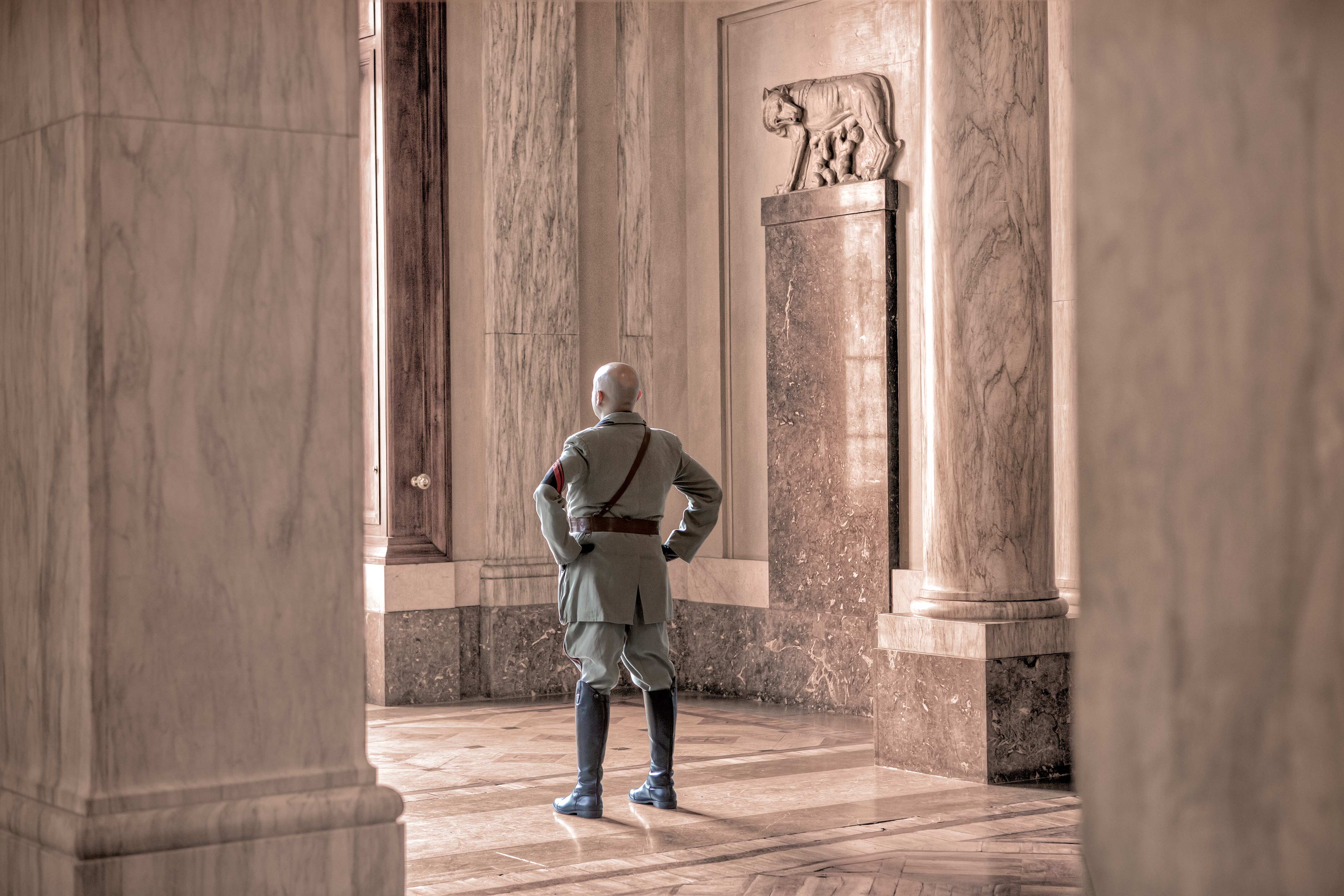 A stone mountain rises in the middle of the city of Milan. It’s train station Milano Centrale – has been built over 25 years and became a cathedral of travel. The monumental building is characterized by two eras: monarchy and fascism. Traces of these political systems can still be found at the end of track 21. Like the “sala reale” – the royal waiting room of the Savoy king. Taking a closer look one recognizes the signs of the subsequent rule of Benito Mussolini, a swastika taken in the wooden parquet of the waiting room. For a long time it was hidden under a huge carpet. Thanks to historians Milano Centrale remembers it’s whole past. The station was created at a time when the Italian “Styles Liberty” came into vogue. He coined the art and architecture in Milan. But also, that of the casino in the neighboring San Pellegrino Terme. A gambling and pleasure temple of the Milanese bourgeoisie. The nouveau rich of the industrial age travelled by train and spent their time in cures and forbidden amusements. At that time a new design for modern necropolises blossomed in Italy. Author & director Jeremy JP Fekete discovers the Cimitero Monumentale, opened in 1866, near the sidings of the Milanese railway station. Allegorical death angels and grieving Marys combined the idea of ​​a “city of the dead” in the middle of the “city of the living”. Created as a necropolis for the Milanese bourgeoisie. Treasures from the railway time can be found in the Squadra Rialzo, the old mechanic workshop of the Milan station. Like old locomotives, still in use on the railway lines of the surrounding area which make the heart of every old and young train lover beat faster. Driving a locomotive became for some a philosophy of life.